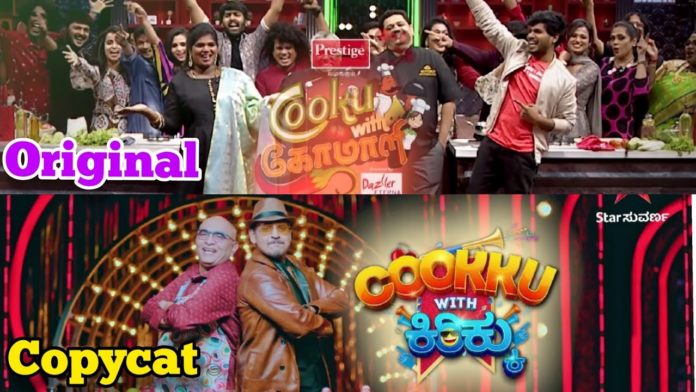 TV companies all decide their TV shows based on a TRP rating. Sun TV, Vijay TV, Zee Tamil, Colors are the only competing channels in South India. A few of the shows that come on TV make the TV’s TRP level skyrocket.

In that sense, no matter how many reality shows come on Vijay TV, a few shows get the people’s support. In that sense, last year’s show ‘Cook with Comali’ was top-rated among the fans. Following the response to the first season, the second season is currently airing. This season has been more popular than the first season.

The main reason for that is the Comalis who come to this show. The show is currently at the top of the list of shows airing on Vijay TV.

There is currently no reality show on any other TV to beat this reality show. In such a situation, they have re-made the show ‘Cook with Comali’ show in Kannada. Also, the show is titled ‘Cookku with Kirikku.’ The promo for this show has been released recently, and it will be known soon if this show will be a hit like in India.