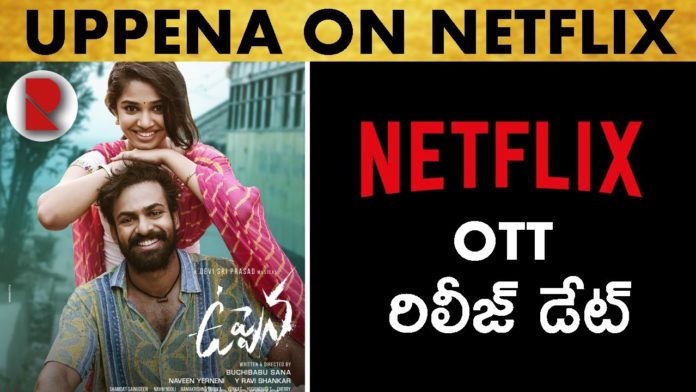 Uppena is the biggest hit of the year in Tollywood, and it featured debutant actors Panja Vaishnav Tej and Krithi Shetty. They were supported by versatile Tamil actor Vijay Sethupathi who took up the role of antagonist.

The songd of Uppena movie was a great hit before the release, which created a huge expectation among fans when the movie was released. The film turned out to be a blockbuster from word of mouth, and it’s now set for OTT releases on Netflix.

Uppena is releasing on Netflix on Friday, 24th March 2021. Netflix is lately acquiring many regional movies, and Uppena’s addition to the list will definitely increase the subscriber base in South India. Uppena will most likely release at 12 PM on 24th March.