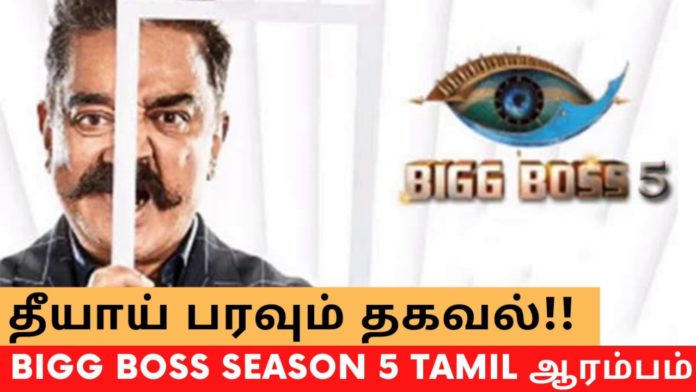 It has been reported that the 5th season of ‘Bigg Boss’ hosted by Kamal Haasan will start next month or in September 2021. For the past four seasons, there have been several ridiculous ‘tasks’ on the show called ‘Task.’ Let’s say ‘goodbye’ to the upcoming new season for events like this that are not interesting.

The creative team may be brainstorming to put some new and interesting in the upcoming 5th season. The production team is adamant that the show should be bigger than the previous four seasons. Therefore, the budget for the show may be doubled this year.

There were more TV celebrities than movie celebrities in the last four seasons of Bigg Boss. Therefore, the channel has also stressed that some cinema celebrities must be featured in the upcoming fifth season.

This year’s organizers say that it is not enough for the Bigg Boss house to have a new look as usual, but a new look within the show. Let’s wait for the official confirmation from the team about the upcoming season.