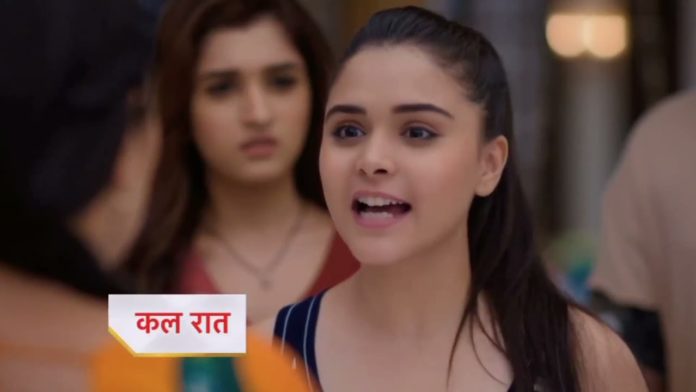 In the TV serial ‘Anupama,’ Kavya is attacking as a sweet knife these days. In the last episode, it was shown that she no longer fights with Vanraj but is gradually making her family members in her favor. Kavya first won Baa’s heart.

After this, he instigated Samar against Anupama without working hard. Kavya’s next target is Pakhi. Pakhi has to practice a dance performance for her school function. Anupama had promised Pakhi that she would teach him every step. In the upcoming episode of Anupama, you will see that Kavya will make Pakhi her next target.

In Anupama’s Upcoming Episode, Anupama will go to the factory with all the family members. Kavya and Pakhi will stay at home. Anupama will be delayed in coming home, and due to some reason or the other, she will not be able to call Pakhi. In this, Kavya will do her work.

Seeing Pakhi getting upset, Kavya will try to provoke her. Kavya will tell Pakhi that the happiness of Samar is more important for Anupama. Pakhi will get upset hearing Kavya’s words.


Kavya will provoke Pakhi that Anupama did not even call and inform that she will be late in coming home. Kavya will decide to help Pakhi after provoking her. Kavya herself will get Pakhi to practice dance.

Pakhi will create a lot of spectacles as soon as she comes to Anupama’s house. Anupama will be shocked to see Kavya and Pakhi practicing dance. Anupama will apologize to Pakhi in front of everyone for not being able to come home on time. Pakhi will tell Anupama that she is only worried about her two sons and Nandini.