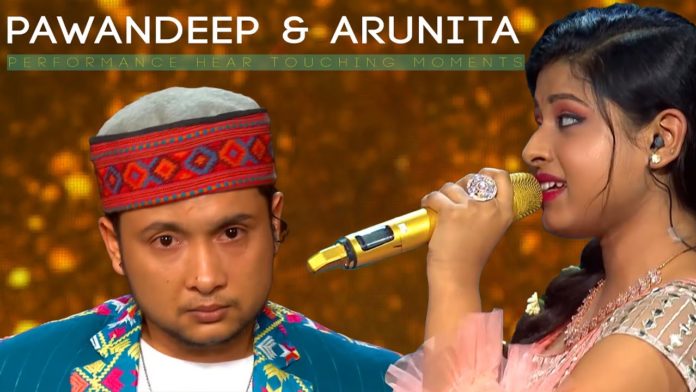 If any pair has ruled the audience’s hearts in the singing reality show Indian Idol 12, then it is the pair of Arundeep. The pairing of Pawandeep Rajan and Arunita Kanjilal has been well-liked by the audience. People feel a love angle between the two, and the makers have also taken advantage of it. The show has got tremendous TRP regarding the relationship between the two.

Pawandeep has been calling Arunita his good friend every time. Now that the show is towards its last stop, in such a situation, once again, Pawandeep has broken the silence on the relationship with Arunita.

The makers held a media session with the season 6 finalists. When Pawandeep was asked about his relationship with Arunita, he again reiterated what he said in an interview. Pawandeep Rajan said, ‘Arunita Kanjilal is a very close friend of mine, and there is no romantic angle between us.’

Pawandeep said that, to be honest, we all have spent so much time together that we all contestants are very close to each other. In time you will realize that there was nothing between Arunita and me. Pawandeep further said that he believes, at the moment, all singers are young, and they have to focus on their careers. All things like love can wait, but he wants his friendship with Arunita to last till they are all old. On the other hand, if we talk about this season, 6 singers are all finalists. The season finale is on August 15. Which singer do you want to see become the winner of the season? Tell us in the comment section.