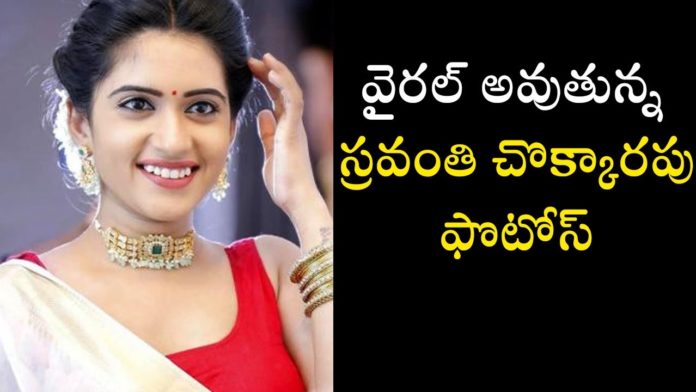 While it should have already started Bigg Boss 5 Telugu will be further delayed due to the second wave of COVID 19. However, the organizers have expedited the selection process for the contestants who will be participating in this season. Many names are already circulating on social media. But so far all the names heard on social media are only in the campaign. Because according to Bigg Boss rules they should not disclose that they are going into Bigg Boss even until they enter the house. However, the list of contestants continues to be leaked every season by friends, acquaintances, and family members.

However, many names like Shanmukh Jaswant, Bum Chick Bablu, TikTok Star Mahatalli, Anchor Ravi, Lobo, Mangli are heard. Another hot Anchor Sravanthi Chokkarapu has recently joined the list. Not only that it almost looks like Anchor Sravanthi Chokkarapu is going to Bigg Boss House. The latest information is that Bigg Boss has given an offer to this beauty anchor who is currently shining in the comedy show ‘Sridevi Drama Company’. As part of this, she also sped up promotions. For this, some PRs were also fielded.

PRs usually work for film promotions. But for the last two seasons, the scene has changed since Kaushal Manda became the winner. No matter how popular it is many people know that doing promotions outside while the contestants are in the house is very important, especially hiring promotional agents. Dealing with their social media accounts, Hiring their own promotional agents and doing their own publicity to create a huge campaign to get votes.

Recently, however, rumors are circulating that Anchor Sravanthi Chokkarapu is sure to enter Bigg Boss 5 Telugu as some PRs are sending press notes promoting the anchor mainstream shirt in various media groups as part of which she has fielded some promoters. Ariana Glory was similarly promoted by some PRs last season.

Does Anchor Sravanthi Chokkarapu go into the Bigg Boss house? Or putting that aside, what is so special about her? When it comes to the qualities that the Bigg Boss offer has to offer. Although not as popular as the anchor she tries to impress with her glamorous side. Sravanthi Chokkarapu, who started her anchoring career through Mativi, became popular by doing some programs in Studio One. As well as entertaining the audience with her dressing style while smiling while talking live for 10 hours every day in Gemini.

She has also become popular for doing celebrity interviews on popular YouTube channels. Recently, she became famous as a partner with comedian Emanuel in ‘Sridevi Drama Company’. However, Sravanti Chokkarapu has gained craze as a hot anchor with occasional glamorous photoshoots on social media.