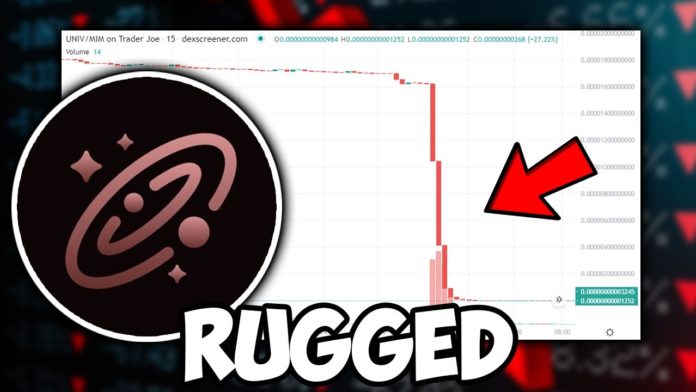 Univ was a crypto passive income project that got rugged recently. There were many factors that could’ve helped the investors identify the potential rugs. Here are some of them, The UNIV team was never KYCed or Doxxed. They even avoided getting KYCed and this was rightly pointed out by Dazai one of the crypto influencers during the early days of the project.

Honestly, the gamification of $UNIV is brilliant. And they have some cool mechanics as well.

It's very disappointing they aren't KYC'ed. If they did they could grow even more and be part of other main node projects. @univmoney

They didn’t want to get doxxed and the reasons given were not convincing as they avoided internal doxxing too. So the entire projects were handled by a bunch of anonymous people who don’t know each other.

There was an Audit warning too. They planned an Audit for phase 2 which was not convicing as a project needs to be audited first before investments. Certik Audit was not completed/published. The Solidity Finance Audit stated these alarming findings:

They didn’t deliver what was given in their roadmap. Well this can happen but important points not delivered should make you feeling bad. Not all of the checked points were really delivered

The most alarming thing was the movement of funds in the treasury. It was not described why significant money was moving out. 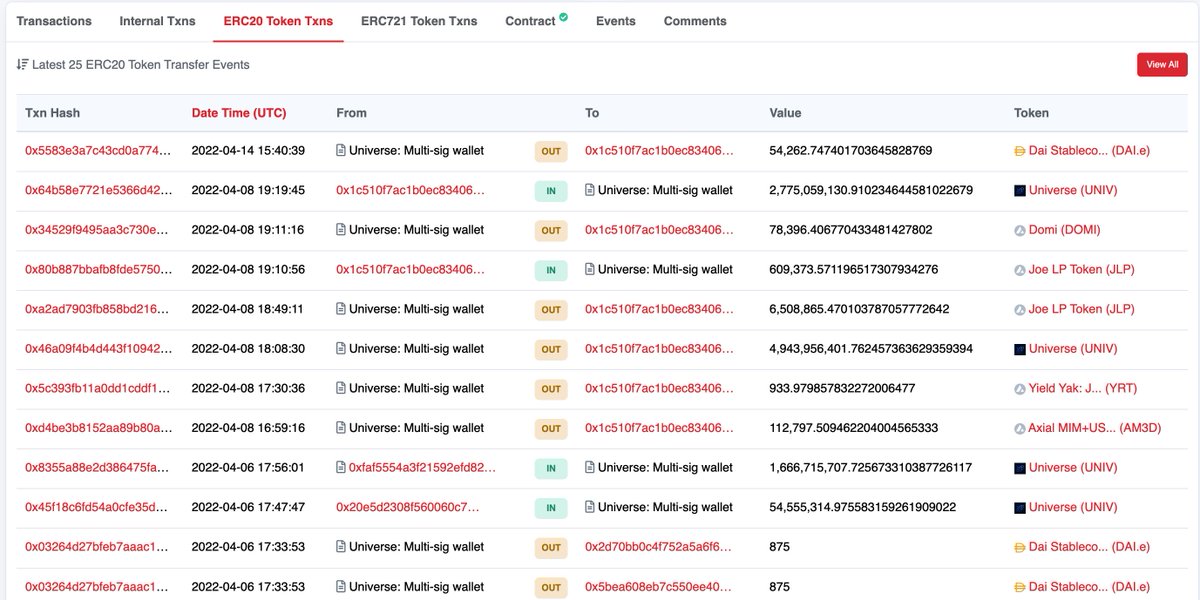 The tokenomics were so bad and it punished people that were claiming. The tier system of the planets are made to encourage people not to cash out anytime in order not to loose higher reward tiers completely. The complete system of Universe is not made to give back investors generated revenue (there is no significant revenue stream) but to make people compounding eternally. Otherwise, reward rates drop dramatically.

There were a lot of signs that also occur at criminal activities: Hiding, no transparency, warnings, mechanism to lock people in and to keep the money in the system, open access to money in Liquidity Pool for the team.