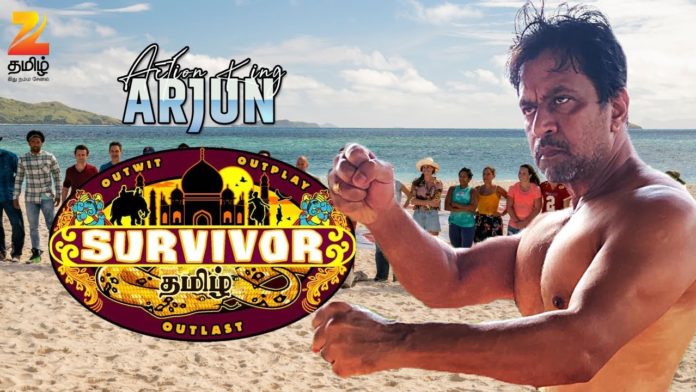 Survivor Show in Zee Tamil: Zee Tamil is one of the most popular leading TV channels among the regional channels. The various shows and serials airing on Zee Tamil always give tough competition to the other channels in terms of TRP. At this stage, Zee Tamil TV is currently planning to premiere a huge reality show called Survivor.

Zee Tamil’s grand show to give competition to Bigg Boss – Who is going to host?
Zee Tamil TV is producing a new survival reality show on an unprecedented budget. Competitors who are stranded on an island are given tough tasks and have to meet their own needs. The show has gotten huge fans among reality tv lovers across the world, and it will feature for the first time in Tamil.

There is a lot of talk about this show on social media. The great anticipation has arisen even before the show has started. Talks are underway with many leading actors in Tamil cinema to host the show. It is almost certain that one of the most famous actors will host this, and it’s none other than Action King Arjun.

Speaking on the launch of the show, Siju Prabhakaran, EVP and South Cluster Head, ZEEL, said, “As a channel, we have always committed ourselves to engage and entertain our audience with innovative content and variety in reality entertainment. The survivor would definitely set new benchmarks in reality show formats in India. From the production value to the portfolio of talent, Zee Tamil has truly embarked on a journey in partnership with Banijay Asia to redefine quality entertainment in the market”.

Deepak Dhar, CEO & Founder, Banijay Asia, added, “Survivor is a show that has a global fan base. The format is unique, adaptable, and has the potential to match audience sensibilities across the board. The Tamil industry has always been experimental, and bringing a reality show of this nature will broaden the genre further. Zee Tamil has always gone beyond when it comes to innovative content, and we’re excited to be partnering with frontrunners like them.”

The promotional campaign for the Survivor launch will be rolled out soon, and the show is all set to be launched on the Zee Tamil channel. The show episodes and the un-cuts from episodes can also be watched online on their OTT platform ZEE5.